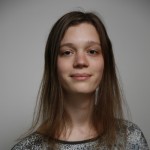 Many Dutch people I know, when you ask them about Dutch music, they think of folk singers from Volendam such as Jan Smit or Nick & Simon.

Luckily, there is more Dutch music than just this. Some popular Dutch musicians make music with Dutch lyrics, such as singer-songwriter Guus Meeuwis or ska band Doe Maar.

Internationally, people don’t listen so much Dutch language music. Nonetheless, some Dutch musicians are well-known abroad. They range from metal bands such as Within Temptation and Epica, to Jazz musicians such as Caro Emerald.

But above all, Dutch musicians are currently very big in electronic dance music. DJs such as Martin Garrix, Hardwell and Armin van Buuren are well-known both in the Netherlands and abroad.

Holland vs the Netherlands